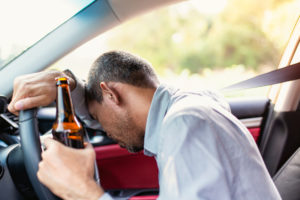 A decade ago, DUI was essentially a serious traffic ticket. Many police officers released drunk drivers with warnings. If the cases did go to trial, the laws were rather weak. That all changed when an extended DUI crackdown began in the mid-1990s.

Despite several decades of tougher laws and sophisticated gadgets, like ignition interlock devices, alcohol-related crashes still cause about 1/3 of fatal vehicle collisions in Illinois. Add driving under the influence of drugsto the list, and the proportion is close to half – in some jurisdictions.

Alcohol slows reflexes and impairs judgement, which becomes very dangerous when a individual is operating a motor vehicle.

In civil court, the burden of proof is only a preponderance of the evidence (more likely than not). That’s the lowest evidentiary burden in Illinois law meaning a little proof goes a long way.

Ordinary negligence claims are not just available in alcohol-related crashes. They also apply in drug-related crashes. Frequently, emergency responders do not cite drivers who are impaired because they ingested a legal substance, like prescription painkillers or an over-the-counter sleep aid. However, these drivers are dangerously impaired.

Tortfeasors (negligent drivers) who violated a safety law and caused a crash might be liable for damages as a matter of law. That includes the DUI law.

Frequently, the civil claim goes to court before a criminal case is resolved. It’s possible the negligent driver “beats” the DUI on a technicality. In cases like these, the negligence per se doctrine still applies. A civil jury determines all the facts in a civil case, including DUI guilt or innocence.

Damages are frequently higher in negligence per se cases. Many jurors believe legally intoxicated drivers recklessly endanger the lives of others because they knew they were too drunk to drive.

In addition to a strong DUI law, Illinois also has a strong dram shop law. This law holds bars, restaurants and other commercial alcohol providers vicariously liable for damages if:

Vicarious liability is especially important in wrongful death and other catastrophic injury claims. Frequently, individual tortfeasors do not have enough insurance coverage to provide fair compensation in these situations.