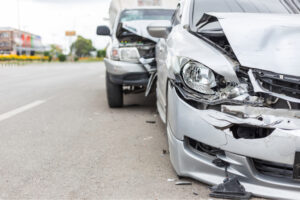 Many people believe that a “car crash” and a “car accident” is the same thing. But these phrases have very different meanings. The A-word implies that the event was no one’s fault. People accidentally leave the lights on. The C-word, on the other hand, implies that the event might have been unintentional, but someone was at fault. That idea is the foundation of a negligence claim.

If you were hurt in a car crash that was not your fault, and almost all car crashes are someone else’s fault, an Illinois auto accident attorney helps obtain the compensation you need and deserve. This compensation usually includes money for economic losses, such as medical bills, and noneconomic losses, such as pain and suffering. Additional punitive damages might be available as well, in some extreme cases.

Bad tires and other defective products cause a handful of crashes in Winnebago County. Drivers might not be at fault in these situations, but the manufacturer is legally responsible for the crash, in most cases.

Typically, manufacturers are strictly liable for the injuries their defective products cause. Once victim/plaintiffs connect the defect to the crash, the only issue is the amount of damages.

In a sense, some wrecks occur before the tortfeasor (negligent driver) starts the car. Some common forms of driver impairment include:

Damages in impairment-related crashes are usually higher. Arguably, these tortfeasors knew they should not drive, yet they got behind the wheel anyway.

Many drivers are in a big hurry. So, it’s not surprising that speeding and failing to yield the right-of-way cause many of the traffic violation-related crashes in Winnebago County.

Failure to yield wrecks are quite common in pedestrian, bicycle, and motorcycle crashes. Many drivers do not maintain a proper lookout for motorcycles, usually because, at least subconsciously, they do not like motorcycle riders. Many drivers are also not very careful about watching for pedestrians, even if they are in the crosswalk. Finally, many drivers do not think non-motorized bicycles have equal rights with motorized vehicles, but that’s generally not true.

Reach Out to a Diligent Attorney

Car crash victims have important legal rights. For a free consultation with an experienced Rockford accident attorney, contact Fisk & Monteleone, Ltd. We do not charge upfront legal fees in these cases.