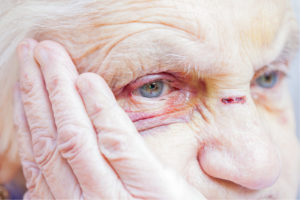 Although it gets little media attention, resident-on-resident abuse is one of the fastest-growing problems in long-term Winnebago County care centers.

Many nursing home residents are vulnerable in this area. Many residents have dementia or other conditions, which make it difficult for them to express appropriate emotions, making them more likely to get into a physical altercation. Other residents have frail bodies and/or pre-existing conditions and are more prone to serious injury.

Usually, either nursing home understaffing or the nature of the residents themselves causes resident-on-resident physical abuse.

Many nursing homes do not have enough staff to properly monitor common areas, such as dining halls and sitting areas. Additionally, many nursing home residents have the mindset of young children, so, when petty disputes arise over a preferred table or spot on the couch, there is no one there to diffuse the situation and things quickly escalate.

Also, issues like nursing home elopement are very common in these facilities. Residents simply wander aimlessly through the halls and sometimes, even out the door. If they drift into another person’s room, that person may take offense to the violation of privacy and respond violently.

One would think nursing home administrators would be aware of these problems and take steps to prevent these situations, but that’s not always the case.

Your Claim for Compensation

In a resident-on-resident abuse case, the victim/plaintiff must establish intentional injury by a preponderance of the evidence (more likely than not). “Intentional” does not mean intent to cause injury. This word simply means “non-accidental” conduct.

A preponderance of the evidence is the lowest standard of proof in Illinois court. That’s a good thing, because resident-on-resident claims are sometimes difficult to prove. For example, the victim might have been so heavily medicated that he/she does not remember details of the attack.

To fill in the proof gaps, some families install “granny cams,” or small hidden surveillance cameras, in their loved ones’ rooms. Unfortunately, many nursing homes do not allow these cameras. And, even if they do, the camera only captures incidents which occurred directly in front of it.

An experienced attorney normally partners with a private investigator or other professional to collect evidence in a resident-on-resident abuse claim.

Is a Rockford Nursing Home Legally Responsible for ROR Damages?

Employers are generally responsible when their employees injure someone else during the course of employment. But in an intentional tort claim, like a third-party assault, this liability is limited. Common theories include:

Illinois is a modified comparative fault state. So, if there are multiple defendants, the judge usually apportions damages among them based on their percentage of fault.

Nursing home abuse injuries come from many different sources. For a free consultation with an experienced personal injury lawyer in Rockford, contact Fisk & Monteleone, Ltd. You have a limited amount of time to act.