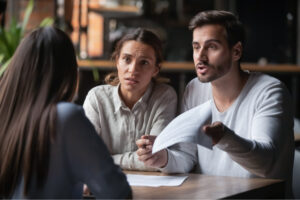 However, most insurance companies do not roll over and play dead in this matter. Instead, they employ numerous lawyers who look for legal loopholes, enabling the company to reduce or deny compensation. Partnering with an effective Rockford personal injury attorney is usually the only way for victims to level the playing field and avoid insurance claim denial.

Lack of Evidence in an Insurance Claim Dispute

Victim/plaintiffs have the burden of proof in negligence claims. Especially if the victim was killed and this critical testimony is unavailable, sufficient evidence could be a problem in these cases. Moreover, normally reliable evidentiary sources, like the police accident report, are not always reliable.

To overcome this deficiency, attorneys must look elsewhere for the evidence they need. A vehicle’s Event Data Recorder, which is much like a commercial jet’s black box flight recorder, is normally one good option.

In these situations, the jury must apportion fault between the two parties based on the evidence. Illinois is a modified comparative fault state. Victims are entitled to a proportionate share of damages if the tortfeasor (negligent actor) was at least 51 percent responsible for the victim’s injury.

Insurance company lawyers often try to use this defense in pedestrian accident claims. Tortfeasors are not responsible for the damages they inflict if:

Many insurance company lawyers claim the victim “darted out into traffic,” and so a collision was inevitable. But a jaywalking pedestrian, even one who does not stop and look both ways, is not a “sudden emergency” in this context. This label is reserved for hood fly-ups, lightning strikes, and other completely unexpected situations. Tortfeasors should be prepared for things like jaywalking pedestrians, especially if there are pedestrians in the area.

This doctrine is sudden emergency’s legal cousin. It excuses negligence if the victim had the last clear chance to avoid a wreck, yet the victim did not take advantage of this chance.

This defense frequently comes up in head-on crashes. Assume Thelma, who was southbound, drifted over the center line and into Louise’s path. If Louise did not change lanes, slow down, or make any other effort to avoid the wreck, she could be legally responsible for it, even though she did nothing wrong.

However, there is a big difference between the last clear chance and any possible chance. Usually, these wrecks happen so quickly that there was no way for the victim to avoid it.

Assumption of the Risk

Many premises liability claims, such as dog bites, falls, and swimming pool drownings, feature this defense. The property owner is not responsible for injury if the victim:

Warning signs like “No Lifeguard on Duty” are a good example. These signs do not immunize the landowner. These signs only assume of the risk defense easier to establish. The insurance company must still prove the victim saw the sign, could read the sign, and could understand what the sign meant. These things are not easy to prove, especially if the victim was a small child or did not speak English well.

Rely on a Dedicated Attorney

Insurance companies often pull out all the stops to reduce or deny compensation. For a free consultation with an experienced Rockford personal injury lawyer, contact Fisk & Monteleone, Ltd. We routinely handle matters in Winnebago County and nearby jurisdictions.