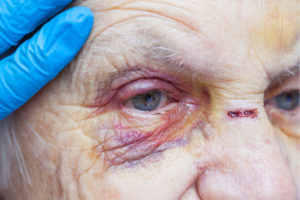 Elder abuse is a slightly different matter. These injuries are intentional. Perhaps the perpetrator did not intend to cause a serious injury, but the intent to harm was there, nevertheless.

Legally, nursing homeowners are usually responsible for abuse injuries as well. Some common theories include negligent hiring, negligent supervision and negligent retention. Additionally, a Rockford nursing home abuse lawyer may be able to obtain higher compensation in these matters, largely depending on the facts.

Not surprisingly, physical abuse is one of the most frequent kinds of nursing home abuse. Many residents are physically frail. A tiny amount of force can cause serious injury. That force could be blocking a doorway, pulling a resident to get out of bed, pushing a resident into bed and more.

Overall, nursing home abuse is underreported. Sexual abuse may be the most underreported type of abuse. Many residents simply block these traumatic memories. So, when you visit a friend or loved one, look for telltale signs of abuse, like torn clothes, inappropriate sexual remarks, or behavioral changes.

Forced isolation is one of the most common types of emotional abuse. Sometimes, residents remain alone in their rooms for many hours at a time. Sometimes, staff members use isolation to punish residents. Other times, there is insufficient staff to watch them. Either way, the owner is ultimately responsible for damages.

Verbal abuse is common as well. Phrases like, “no one loves you,” “everyone has forgotten about you,” and “you’ll never be well enough to leave here,” hurt just as much as physical blows.

Direct financial abuse includes things like stealing money or valuables from residents. Fraud scams, like your grandson is in jail and needs cash to get out, happens a lot as well. Other staffers trick or force residents into signing certain legal documents.

Some nursing homes do essentially the same thing. They pursue guardianship proceedings in court to gain control of the resident’s financial assets. Often, the resident’s friends and family do not find out about these proceedings until they are complete.