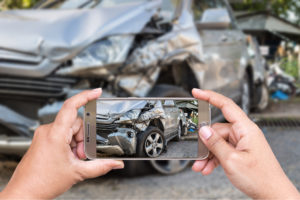 The victim/plaintiff must establish negligence by a preponderance of the evidence, a legal term which means “more likely than not.” Additionally, there is often a relationship between the amount of evidence the plaintiff presents and the amount of damages a Winnebago County jury awards. So, evidence is usually critical in negligence cases.

To collect evidence in car crash claims, a Rockford personal injury attorney often partners with accident reconstructionists, private investigators and other professionals. Such partnerships often ensure maximum compensation for victims. This compensation usually includes money for economic losses, such as medical bills, and noneconomic losses, such as pain and suffering.

Medical bills, the police accident report and the victim/plaintiff’s own testimony has worked very well for many years. And, in many cases, it is still very effective.

Medical bills often communicate more than economic information. Frequently, they contain diagnostic and treatment information. Doctors and other medical professionals often add notes about a victim’s level of pain and other items.

Attorneys must cut through privacy red tape and overcome some other obstacles to admit medical bills into evidence.

Generally, the police accident report assigns fault for a crash. One driver, and only one driver, normally receives a citation. Typically, emergency responders also talk to witnesses and review some physical evidence at the scene, such as skidmarks and damage patterns.

However, in complex cases, there may be some issues with the police accident report. Even the most experienced emergency responder is not an accident reconstructionist. First responders normally only conduct limited investigations. If the victim/plaintiff was killed or too badly injured to give a statement, the narrative section only reflects one side of the story.

When victim/plaintiffs take the witness stand, something almost mystical often happens. Individual eyewitness testimony is usually very compelling. However, in many cases, such testimony is unavailable. As mentioned, the victim might not have survived the crash. Also, in some cases, it is a bad idea to expose the victim to cross-examination.

The Event Data Recorder is often a critical piece of evidence in car wreck cases. Typically, these gadgets measure and store operational information such as:

An attorney must quickly act to preserve this electronic evidence. Unless a lawyer sends a spoliation letter to the insurance company, the EDR might “accidentally” be destroyed.

Surveillance video might be important as well. A picture really is worth a thousand words. And, a camera covers almost every intersection in Rockville. Examples include red-light cameras, traffic cameras, and security cameras. Generally, these machines use high-definition cameras to record clear digital video.

Reach Out to Tenacious Attorneys

Evidence collection might be the most important stage of a car crash claim. For a free consultation with an experienced personal injury lawyer in Rockford, contact Fisk & Monteleone, Ltd. Attorneys can connect victims with doctors, even if they have no insurance or money.