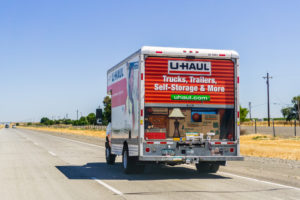 A fully loaded U-Haul and other rented moving trucks often weigh thousands of pounds. Normally, drivers need commercial licenses to operate these vehicles. Additionally, many of these drivers have one eye on the road and one eye on a GPS navigation device. It’s impossible to drive safely and multitask in this way.

Generally, under the negligent entrustment theory, vehicle owners may be liable for car crash damages in these cases. However, the rules are different in commercial cases, because of 49 U.S.C. § 30106. The Graves Amendment limits owner liability in these cases.

However, there is a difference between limits and eliminates. Although the Graves Amendment was supposed to completely immunize owners in these situations, this law has some holes, which a Rockford personal injury attorney can exploit.

The stakes are high. Damages in a truck accident claim usually include compensation for economic losses, such as medical bills, and non-economic losses, such as pain and suffering. Additional punitive damages might be available in extreme situations, such as a U-Haul agent who rents a truck to an intoxicated person who subsequently causes a crash.

Graves Amendment immunity applies to companies which are in the “trade or business” of renting vehicles. Some lawmakers probably believed this phrase was a blanket provision that covered all vehicle rental transactions. But there is almost no legislative history supporting the Graves Amendment. This provision was an add-on to a huge transportation bill in the early 2000s.

Since there is no legislative guidance, attorneys must look elsewhere to define key terms. The Uniform Commercial Code is often used in legal cases. It defines a merchant, which is a similar term, as:

Arguably, many vehicle rental establishments do not meet either prong of this definition. The agents and salespeople have no specialized knowledge about the trucks they rent. At best, they can regurgitate information located on the company’s website. Furthermore, most of these companies do not meet the “particular kind” standard. They are moving supply or storage firms, which happen to rent a few trucks as well. A liquor store is still a liquor store and not a candy store – even if it also sells snack foods.

Additionally, Graves Amendment immunity only applies if the owner or agent was not otherwise negligent during the transaction. In negligent entrustment cases, the renter’s competency is the central negligence issue.

When lawmakers approved 49 U.S.C. § 30106, a visual inspection was the only way to verify a drivers’ license validity. Today, that technology exists. Several websites offer almost instantaneous information about a person’s driving record.

In many courts, if the lessee (person renting the truck) had a safety-suspended license, the lessee is incompetent as a matter of law. A bad driving record is strong evidence of incompetency, but not conclusive.

Despite the Graves Amendment, substantial compensation may be available in U-Haul truck wreck cases. For a free consultation with an experienced personal injury lawyer in Rockford, contact Fisk & Monteleone, Ltd. We do not charge upfront legal fees in these cases.