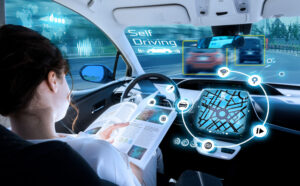 True self-driving vehicles probably won’t be widely available until the mid-2030s, at the earliest. Until then, a “self-driving car” is basically a marketing term. Various driver assistance features are currently available, like proximity sensors. Furthermore, some form of autopilot might be available by the end of the 2020s. Driver error, which causes over 98% of car accidents, is just as common in these so-called self-driving cars as it is in other vehicles. If anything, driver error might be even more common, because these motorists often have a false sense of security.

Regardless of the type of vehicle which causes the wreck, car crash victims usually incur very high medical bills. Typically, they cannot work for several weeks or even several months. As they recover from their injuries, and even after they recover, they must endure considerable pain and suffering. A Boone County car accident lawyer can obtain compensation for all these losses in court. Additional punitive damages are available as well, in some extreme cases.

Compensation for driver impairment in self-driving car wrecks is usually higher. Arguably, these tortfeasors (negligent drivers) know they shouldn’t get behind the wheel. Yet they do so anyway, thereby intentionally putting other people at risk.

Speeding, ignoring a traffic control device, and reckless driving are three of the most common kinds of driver carelessness errors in Winnebago County.

Inattention and poor judgment usually trigger people to run red lights or stop signs. Sometimes, people are so distracted they do not see a light change, especially if they are driving in an unfamiliar part of town. Poor judgment is the classic “I think I can beat the light” attitude.

Reckless driving is usually an extreme traffic violation, like speeding 35mph over the limit, or a combination of two or more infractions, like zipping in and out of traffic lanes without looking or signaling.