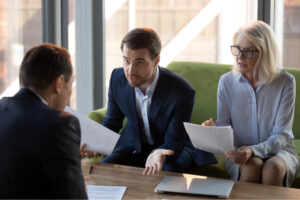 The proof a victim has is indispensable in a personal injury case. Victim/plaintiffs must establish negligence by a preponderance of the evidence, or more likely than not. Additionally, the more proof a victim/plaintiff presents, the more compensation a jury is likely to award. Eyewitness testimony is often the most compelling bit of evidence in a civil case. So, the lack of such proof could be a significant problem.

Fortunately, alternatives are available. So, the victim is not simply limited to the victim’s own testimony, which jurors might or might not believe. A personal injury lawyer in Rockford must simply know how to acquire the evidence needed, and how to best present it in court.

No-witness car accidents are quite common on the lonely stretches of road which crisscross much of Winnebago County. Additionally, a significant number of wrecks happen late at night, when drivers are fatigued. Furthermore, if the victim was killed, his/her testimony is obviously unavailable.

Electronic evidence is almost always available in these situations. At least one camera covers almost every stretch of road in Rochester. Examples include red-light cameras, traffic cameras, and surveillance cameras. Such evidence is also often valuable in “who had the light” intersection crashes.

Moreover, almost every vehicle has an Event Data Recorder. EDRs are a lot like the black box flight data recorders in commercial jets. Depending on the make and model, EDRs measure and record information like vehicle speed and steering angle. An attorney, often working in partnership with an accident reconstruction engineer, can put these bits of evidence together like the pieces of a jigsaw puzzle.

No-witness falls are even more common than no-witness vehicle collisions. Unless the victim falls during rush hour, there are usually no witnesses to indoor falls. These could take place in a stairway for example. Then there are outdoor falls that can happen such as is the case on a sidewalk or in a parking lot.

Illinois courts broadly interpret the res ipsa loquitur doctrine. This Latin phrase means “the thing speaks for itself.” Typically, jurors may presume that a lack of care caused a fall if the injury is usually associated with negligence and the defendant had exclusive control over the area.

Assume no one sees Bill fall down the stairs. One of three things probably happened: someone pushed Bill down the stairs, Bill was a clutz and fell on his own, or the property owner was negligent, loose handrail, poor lighting, etc.

People usually only push other people down the stairs in the movies, and very few people fall for no reason at all. So, unless the insurance company can prove one of these things caused the fall, jurors may presume the owner was negligent.

Animal attacks seriously injure thousands of people in Illinois every year. Much like falls, there are often no witnesses, except the victim and perhaps the owner.

Illinois has a strict liability law. According to the Illinois Statutes, “If a dog or other animal, without provocation, attacks, attempts to attack or injures any person who is peaceably conducting himself or herself in any place where he or she may lawfully be, the owner of such dog or another animal is liable in civil damages to such person for the full amount of the injury proximately caused thereby.”

Provocation is an affirmative defense which the insurance company must prove in court. Typically, “provoking” is an intentional act that’s almost synonymous with “torturing.”

Accident victims are usually entitled to substantial compensation. For a free consultation with an experienced Rockford personal injury lawyer, contact Fisk & Monteleone, Ltd. by going online or calling 815-315-0574. Attorneys can connect victims with doctors, even if they have no insurance or money.