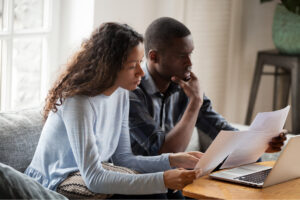 Most civil matters settle out of court. More than 95 percent of vehicle collision claims settle in this way. However, prompt settlements are rare. In fact, an extremely fast settlement is usually a red flag. Typically, the full extent of the victim’s economic and noneconomic losses is unknown at that point. However, once cases settle, it’s almost impossible to reopen them.

Therefore, it is essential for your Rockford personal injury lawyer to know the ins and outs of civil settlements. That means staying true to some basic principles. Always negotiate from a position of strength, know when to stand firm during settlement talks, and know when to compromise.

When haggling over an item’s price, whether that item is a civil case, a new car, or anything else, a fundamental rule is to know the item’s fair market value. A 2015 Toyota does not have the same value as another 2015 Toyota. The market value depends on the vehicle’s condition, the geographic area, and other variables.

Likewise, not all vehicle collisions are the same. Speed-related crashes are a good example. If the tortfeasor (negligent driver) was travelling 10 mph over the limit, damage might not be extensive, and a jury might see the speeding as an accident. But 20 mph over the limit is different. These wrecks often cause severe personal injuries and property damage.

The facts of the crash affect the economic damages, and the non-economic damages as well. Let’s stay with the speeding example. If the tortfeasor used any drugs or consumed any alcoholic beverages prior to the crash, the driver intentionally took a known risk by getting behind the wheel. This fact entitles victims to additional compensation.

Generally, to determine a fair amount for pain and suffering and other non-economic losses, an attorney multiples the economic losses by two (2), three (3), or four (4), depending on the facts of the case and some other factors.

If liability is reasonably clear, the insurance company has a duty to settle a car crash claim within a few weeks. Regardless of the situation, most attorneys send demand letters to insurance companies. These letters demand a sum of money in exchange for a liability waiver.

However, liability is almost never clear. There’s usually a difference between fault at the scene and legal responsibility for damages. If the tortfeasor was speeding and the victim changed lanes without signaling, liability is an issue.

If the case does not settle straightaway, lawyers usually file legal claims. This move pressures the insurance company to settle and preserves the victim/plaintiff’s rights.

Informal settlement talks usually occur on an ongoing basis. Attorneys normally negotiate via phone calls, letters, and emails. If these talks result in a firm settlement offer, the victim has yes/no authority.

The victim also has the final say during mediation. Most Winnebago County judges immediately refer contested cases to mediation. Once discovery is at least substantially complete, a third-party mediator works with both sides trying to facilitate a settlement.

Procedurally, mediation usually occurs in an office suite or another non-courtroom setting. Mediation is private. There is no court reporter present. Furthermore, mediation is non-confrontational. The partiers spend most of their time in separate rooms. If both sides negotiate in good faith, a concept which goes back to the core negotiation principles mentioned above, mediation is usually successful.

Rely on an Experienced Attorney

Most car wreck claims settle out of court, but they do not settle right away. For a free consultation with an experienced Rockford personal injury lawyer, contact Fisk & Monteleone, Ltd. We routinely handle matters in Winnebago County and nearby jurisdictions.