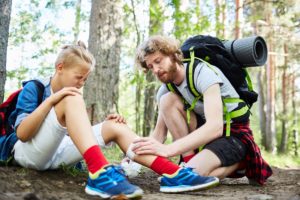 Every year, many kids and parents look forward to summer camp, to one degree or another. Unfortunately, hundreds of campers are seriously injured each summer. Even if the parents signed a liability waiver, it’s probably still possible to pursue a damages claim.

The damages available include compensation for medical bills, such as lost wages, as well as noneconomic damages, such as pain and suffering. Perhaps more importantly, a negligence action holds the camp legally responsible. Money is the only language that some of these groups speak. So, a liability claim may be the best way to force the camp to make the facility safer for everyone.

When parents send their children away to summer camp in Illinois, they expect them to be safe. That’s exactly what happens in most cases. But serious injuries often happen. Here are a few of the more common ones:

Swimming pool injuries, mostly drownings, are one of the leading causes of death for children under 18. Since they are often in remote areas, state inspectors often do not monitor summer camp swimming facilities as closely. Sometimes, these facilities are quite old and crude. Pools are also supposed to have advanced safety equipment within easy reach of the water. That’s not always the case.

Poisoning is also common in swimming pools. Many times, the water contains too many harsh chemical cleaners, like chlorine. That causes chemical burns as well as severe allergic reactions. There are also issues on the opposite end of the spectrum. If there are not enough cleaning agents in the water, it becomes a breeding ground for bacteria.

Falls and related injuries are a problem as well. Poorly-maintained and aging playground equipment creates the environment for such accidents, and exuberant kids provide the catalyst. Moreover, many summer camps in Illinois have a great deal of sports equipment. However, there may be few or no qualified individuals to supervise the children and ensure they use the equipment properly.

Campers usually spend lots of time in the sun and heat. Especially in the first few days, heatstroke and severe sunburn are a potential problem. The illness ranges from mildly annoying to life-threatening.

Finally, child abuse is a problem at some Rockford-area camps. Most facilities put counsellors through extensive background checks. But some do not ask too many questions, especially if the staffers are mostly volunteers.

If the facility violated its legal duty, perhaps by ignoring problems with the physical facilities, and that negligence caused injury, the facility may be responsible for damages. These damages normally include compensation for medical bills and other economic losses, as well as emotional distress and other noneconomic losses. In some cases, the zone of danger rule may expand. If that happens, parents can also recover money for their own emotional distress.

Some Insurance Company Defenses in Rockford

Comparative fault, which is one of the most common insurance company defenses in Illinois, usually does not apply to child injury cases. Lawyers use this legal loophole to shift blame for the accident from the facility and onto the victim.

Assumption of the risk is a more frequent defense in this area, usually because of the aforementioned liability waiver. But these waivers are not absolute. They are only effective if the victim:

If the jury accepts it, assumption of the risk is usually a complete defense to negligence. Comparative fault, on the other hand, usually only reduces the amount of the victim/plaintiff’s damages.

Hundreds of kids go off to summer camp healthy and come back injured. For a free consultation with an experienced personal injury lawyer in Rockford, contact Fisk & Monteleone, Ltd. We do not charge upfront legal fees in negligence cases.