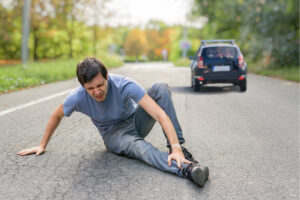 Illinois has one of the highest percentages of uninsured motorists in the country as well as one of the lowest auto insurance minimum requirements in the nation. As a result, many drivers are dangerously uninsured.

Uninsured motorists are among the most likely drivers to flee the scene of a collision. They calculate that the risk of getting caught is minimal and it is better to run away and avoid consequences.

Tracking Down the Tortfeasor

In many jurisdictions, less than a tenth (1/10) of all hit-and-run drivers are successfully prosecuted in criminal court. That is because investigators often have higher priorities. Mostly, that is because the burden of proof is so high in these situations. Unless a credible witness saw the defendant behind the wheel, hit-and-run charges normally do not hold up in court.

To fill in the evidence gap, many attorneys partner with private investigators in areas like:

Because of the high burden of proof in criminal court, such evidence is usually not too compelling. But in civil court, the burden of proof is only a preponderance of the evidence (more likely than not) meaning a little proof goes a long way.

Despite the best efforts of attorneys and investigators, the tortfeasor often remains at large. Even if there is no defendant to act against, these victims usually still have legal options.

Most of these hit-and-run victims can file claims against their own policies. Since the insurance company wants to keep its customer happy, these claims usually settle quickly and on victim-friendly terms.

If the case does not settle for some reason, it usually goes to arbitration instead of trial. Arbitration is essentially a private trial. An arbiter is like a judge, and attorneys have free reign to introduce evidence and make legal arguments. However, there is no court reporter and no record.