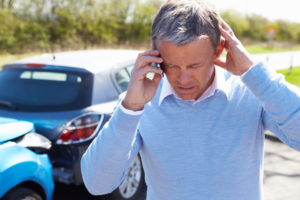 In Illinois, roughly 15 percent of all drivers are uninsured. The Prairie State has one of the lowest auto insurance minimum requirements in the county, so many other drivers are dangerously uninsured. In the likelihood of a catastrophic injury claim, such as serious burns, spinal injuries, or wrongful death, the tortfeasor (negligent driver) may not have enough insurance coverage to provide fair compensation.

Fortunately for victims, Illinois also has some of the broadest third-party liability rules in the country. These rules give many victims an additional source of recovery, meaning they do not need to pursue time-consuming claims against individual tortfeasors.

In many of catastrophic injury claims, medical bills often exceed $1 million. A Rockford personal injury attorney can obtain compensation for these losses and other losses.

The doctrine of respondeat superior (“let the master answer”) usually applies if the tortfeasor was an Uber driver, taxi driver, bus driver, or other commercial operator. This rule has three basic prongs:

Other employer liability theories include negligent hiring and negligent supervision. These theories often apply in assault and other intentional tort claims. These actions obviously do not benefit the employer, so respondeat superior is inapplicable in these circumstances.

When an intoxicated motorist causes a car crash, the source of the alcohol is an important matter. Illinois has a very broad dram shop law. This law holds commercial alcohol providers, like restaurants, grocery stores and bars, vicariously liable for car crash damages. Liability attaches if the provider illegally sells alcohol to a tortfeasor. There are several types of illegal sales:

Social hosts who provide alcohol to minors may also be vicariously liable for car crash damages under the state’s dram shop law.

The tortfeasor may not be the only party who is responsible for damages. For a free consultation with an experienced personal injury lawyer in Rockford, contact Fisk & Monteleone, Ltd. You have a limited amount of time to act.