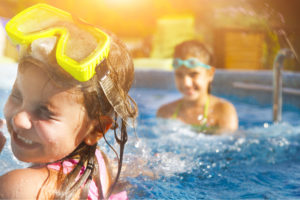 On an average day, there are 10 fatal drowning incidents in the United States. Other injuries, such as poisonings, are more difficult to trace. However, hundreds of people go to swimming pools never expecting to be seriously injured, and unfortunately, that’s what happens.

Negligence, or a lack of ordinary care, causes most of these water-related injuries. As a result, substantial compensation might be available in these cases. This possibility also means insurance companies bitterly contest these claims in court. Unless a Rockford personal injury attorney can build a strong evidence-based claim, most of these victims have to settle for less.

A few moments under the water is enough to cause a permanent brain injury. Cerebral palsy (CP) is a good illustration. When the body is deprived of oxygen, the brain starts shutting down parts of the body. As a result, many CP victims feel like prisoners inside their own bodies.

Legally, drowning incidents usually involve ordinary negligence or negligence per se. Ordinary negligence is usually a lack of supervision or another lack of reasonable care. Negligence per se is a violation of a safety law. Marion County and other localities have extremely strict swimming pool safety laws. For example, pools must have unclimbable fences with self-latching gates, which operate from the pool side. If the pool area failed to measure up and that failure caused a drowning, the owner is liable for damages.

Pool cleaning chemicals, like chlorine, are highly toxic. If the level is too high, many people experience severe chemical burns. The opposite end of the spectrum is dangerous as well. If there are not enough cleaning substances, dangerous bacteria grow and thrive, especially during hot summer months.

If a swimming pool pump is not working properly, dangerous chlorine gas builds up in the pipe. When this gas mixes with water, it forms a toxic cloud. Once again, these clouds are particularly perilous for people with pre-existing conditions, such as asthma or another respiratory problem.

The assumption of the risk defense, which is common in the previous two kinds of swimming pool injuries, is usually unavailable in this area. This defense excuses negligent conduct if the victim voluntarily assumed a known risk, like ignoring a “No Lifeguard On Duty” sign. A poison gas cloud is not a known risk associated with a swimming pool.

Reach Out to a Dedicated Attorney

Swimming pool accidents often cause serious injuries. For a free consultation with an experienced Rockford personal injury lawyer, contact Fisk & Monteleone, Ltd. You have a limited amount of time to act.