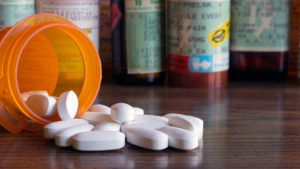 In 2017, opioid overdoses, mostly prescription painkillers, killed more than 47,000 people. That figure also includes the number of heroin overdoses. This drug is usually the substance of choice for opioid addicts whose doctors cut off their medication flow. This number is also just the beginning. Opioid overdoses affect millions of families. Common issues include serious injury and the staggering cost of drug treatment programs.

Drug overdose deaths like these are usually not accidents. At some point, a medical or other professional was probably negligent. As a result, overdose survivors may be entitled to significant compensation. Generally, this compensation includes money for economic damages, such as medical bills, and noneconomic damages, such as pain and suffering. Especially in medical malpractice claims, additional punitive damages also may be available.

Many people believe a brief, 100-word letter in a 1980 edition of the New England Journal of Medicine sparked the opioid epidemic. After a group of prominent doctors said opioids were generally not addictive, almost immediately, a painkiller arms race began.

As part of this arms race, manufacturers designed and sold ever more powerful painkillers. They very aggressively marketed these products directly to consumers. In the late 1980s, the federal government changed broadcasting rules and allowed pill makers to air television ads touting their products’ benefits and downplaying their risks.

Doctors also watch TV and they saw the same ads. Given the aforementioned letter in the NEJM, doctors believed it was safe to prescribe opioids, even if the patient had a broken leg or another form of non-chronic pain.

Opioids did not magically appear on store shelves. Drug distribution companies made billions shipping pills from manufacturers to consumers. Under federal law, these distribution companies have a duty to ask questions regarding the dangerous drugs they ship, even if they were legal. Unfortunately, in many cases, shipping companies did not ask many questions. They just put trucks on the road and cashed the checks.

We all make mistakes and we all must accept the consequences of our mistakes. So, the treating physician who prescribes opioids to a patient, even when a lesser form of painkiller would do, may be liable for damages.

The doctor-patient relationship involves a very high legal duty. Since patients are totally dependent on their doctors, physicians must set aside their own interests and do what is best for their patients. If they fail to do so, they arguably breach the duty of care.

In these cases, the hospital or clinic who employed the doctor is probably responsible for damages. The respondeat superior doctrine holds employers responsible for the negligent acts of their employees, which are committed during the course and scope of employment.

Fentanyl is so powerful, patients may become addicted even if they take the medicine as directed. As a result, they often seek refills after their initial supply runs out.

Doctors have a duty to thoroughly evaluate the patient’s medical history, examine the patient’s physical condition and then determine the appropriate medical remedy. They cannot simply write prescriptions and be done with the matter. Unfortunately, that is exactly what happens.

Often, doctors write prescriptions outside their area of expertise. An OBGYN has no business prescribing opioids to a patient complaining of back pain. In other cases, a doctor belonged to a shady “pill mill,” which specialized in writing high volumes of opioid prescriptions. In many cases, this was the clinic’s only function and only way of making money.

Opioid overdose victims may have several legal options. For a free consultation with an experienced personal injury lawyer in Rockford, contact Fisk & Monteleone, Ltd. You have a limited amount of time to act.