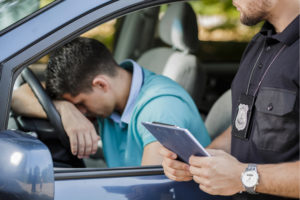 Driver error causes more than 90 percent of vehicle collisions in Winnebago County. Quite often, this driver error violated the Illinois vehicle code in some way. Emergency responders often issue traffic tickets to the party they believe to be at fault for the wreck. That ticket makes it easier to establish fault for insurance purposes and negligence for legal purposes.

According to the negligence per se rule, tortfeasors (negligent drivers) who violate safety laws and cause crashes are liable for damages.

Excessive speed increases the risk and force of a collision. Speed is a factor in about 1/3 of fatal crashes in Illinois. Fast-moving drivers have less reaction time than slow-moving drivers. Furthermore, speed also causes victims’ heads to violently snap forward and back during impact, which often causes brain and spinal injuries.

Juries often order drivers who run red lights and subsequently cause serious crashes to pay substantial damages. Speed is usually a factor in these wrecks as well.

Head-on or partial head-on accidents are often the most serious kinds of collisions. The impact of these accidents is too great for most restraint and other safety systems to absorb. Even with the negligence per se rule, these cases are more difficult to win because an affirmative defense often applies.

The affirmative defense mentioned above is the last clear chance defense. It excuses liability if the victim had a chance to avoid the crash – but did not do so. This defense sometimes applies in failure to signal cases as well. Typically, traffic and other conditions prevent victims from performing emergency maneuvers to avoid a crash, therefore, this defense usually does not apply.

Not Yielding to Pedestrians

Pedestrians are completely exposed to danger in these situations. There is a direct relationship between speed of vehicles and pedestrian fatalities. Unfortunately for victims, most tortfeasors are travelling at or near full speed when they strike pedestrians.

Failure to Yield to School Bus

An alarming number of drivers completely ignore school bus stop arms. This reckless behavior puts child at risk for serious injury. These kinds of wrecks are especially common in the fall, when school starts again after summer break.

Driving on the Shoulder

When traffic stacks up, many tortfeasors treat highway shoulders like additional traffic lanes. That callous disregard for the safety of other motorists often results in a serious collision with an already-disabled vehicle.

As mentioned, excessive speed reduces reaction time. Following too close to the vehicle ahead of you has the same effect. If the car ahead of you suddenly stops or slows down, a serious collision is almost inevitable.

This behavior is almost as reckless as driving on the shoulder. Resulting head-on collisions are usually incredibly serious.

Police officers usually issue reckless driving tickets if the tortfeasor committed two or more infractions in quick succession. Even if an affirmative defense applies, it is very difficult for insurance company lawyers to defend these tortfeasors in court.

In many cases, traffic tickets conclusively establish liability for damages. For a free consultation with an experienced personal injury lawyer in Rockford, contact Fisk & Monteleone, Ltd. Home and hospital visits are available.