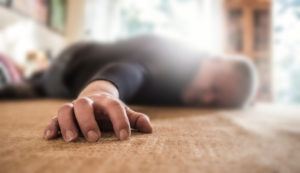 Every year, various kinds of injuries kill about 214,000 Americans and seriously injure millions of other victims. The direct economic costs of these injury-related deaths exceeds $200 billion. The emotional losses associated with these incidents, such as loss of consortium (companionship) and future emotional guidance for children, are incalculable.

A seemingly innocuous 1980 letter to the editor of the New England Journal of Medicine may have sparked the opioid crisis. A group of doctors concluded, wrongly as it turns out, that “despite widespread use of narcotic drugs in hospitals, the development of addiction is rare in medical patients with no history of addiction.”

Like many large-scale tragedies, the opioid epidemic has several underlying causes. Most of them involve legal liability.

For example, Purdue, Endo, and other pain pill makers engaged in an arms race of sorts. Each wanted to produce the most powerful opioid painkiller. Some doctors wrote prescriptions without giving due regard to the patient’s medical history. Finally, some transportation companies shipped controlled substances and did not ask safety-related questions required by the Controlled Substances Act.

In addition to the compensatory damages mentioned above, these victims may also be entitled to substantial punitive damages. These additional damages punish wrongful conduct.

Other dangerous products, such as defective tires, airbags, or ignition switches, cause several fatal motor vehicle collisions. But driver error causes about 95 percent of these incidents. This driver error could involve:

Generally, motor vehicle crash claims hinge on evidence. Victim/plaintiffs must establish negligence by a preponderance of the proof (more likely than not).

Both slip-and-fall claims, as well as falls from a height, usually involves premises liability. This same area of law often governs violent deaths, which occur on someone else’s property, dog bite injuries, and swimming pool drownings.

Legally, victim/plaintiffs must generally establish the owner had a legal duty to the victim and the owner knew about the hazardous condition.

Most people are invitees. They have permission to be on the land and their presence benefits the owner in some way. Owners have a high duty of care in these situations. As for knowledge of the hazard, victim/plaintiffs may use direct or circumstantial evidence to establish knowledge by a preponderance of the proof.

Wrongful death survivors may be entitled to substantial compensation. For a free consultation with an experienced personal injury lawyer in Rockford, contact Fisk & Monteleone, Ltd. Home and after-hours visits are available.