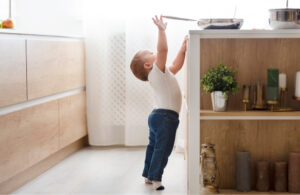 Unintentional injury is the leading cause of death for Americans under 44. Statisticians often call these events “accidental” deaths. But there is usually nothing “accidental” about them. People accidentally leave lights on – they do not accidentally drive drunk and cause vehicle collisions. Instead, negligence, or a lack of care, causes most of these incidents.

If negligence contributed to the injury or death, a personal injury attorney in Rockford might be able to obtain substantial compensation for victims and survivors. This compensation usually includes money for economic losses, such as medical bills, and noneconomic losses, such as pain and suffering. Additional punitive damages might be available as well, in some extreme cases.

Almost all these incidents involve drug overdoses. Many opioid painkillers are highly addictive. In fact, many drug dealers use legal medicines, like Fentanyl, to cut heroin. Many people turn to this illegal drug, which is relatively cheap and easy to obtain when their doctors cut off their opioid pain pill supplies.

Other people use dangerous combinations of drugs. Or, they use strong medicine and alcohol at the same time.

In an event like the opioid epidemic, which claims tens of thousands of lives every year, there is plenty of blame to go around. As mentioned above, most of this blame involves negligence. The biggest difference is the standard of care involved in each kind of negligence.

Property owners usually have a duty of reasonable care to make their property safe. That includes preventing illicit drug use. Property owners cannot simply turn a blind eye while people get hurt. Roughly this same duty applies to drug shipment companies. Under the National Controlled Substance Act, these companies cannot simply move boxes full of powerful opioids and not ask questions about their use.

Doctors have a higher duty of care. They have a fiduciary duty to look after their patients’ health. At a minimum, that includes:

Car crashes kill as many people, or even more than unintentional poisonings. There are basically two types of negligence claims in car wreck injury cases:

Frequently, vehicle collisions also involve third-party liability. For example, if an Uber operator causes a crash, the respondeat superior doctrine could apply. This doctrine holds employers financially responsible for damage if their employees are negligent during the scope of their employment.

A few moments under the waves could cause a permanent brain injury. After five minutes without oxygen, the brain begins shutting down internal organs. Less vital organs are shut down first. The heart, lungs, and other vital organs quickly follow.

Water poisoning, mostly due to a chemical imbalance, is a danger as well. If the chlorine level is too high, swimmers could experience severe chemical burns, especially to their ears, noses, and throats. If the cleaning level is too low, dangerous bacteria could grow and multiply. These infections are especially serious for people with certain pre-existing conditions.

Slip-and-fall incidents are the leading cause of Emergency Room visits in Illinois. A fall negligence case is basically a two-step process.

First, an attorney must establish that a legal duty existed. Most people are considered invitees in Illinois. This status applies if the victim had direct or indirect permission to be on the property, and the person’s presence benefited the owner economically or non-economically. Most owners have a duty of reasonable care in these situations. This duty includes a responsibility to frequently inspect the property and ensure its safety.

Then, the victim/plaintiff must prove, by a preponderance of the evidence, that the owner knew, or should have known, about the hazard. Evidence on this point includes “smoking guns” like restroom cleaning reports, and circumstantial evidence, like the amount of time the hazard existed.

Accident victims are usually entitled to substantial compensation. For a free consultation with an experienced Rockford personal injury lawyer, contact Fisk & Monteleone, Ltd at 815-315-0574. Attorneys can connect victims with doctors, even if they have no insurance or money.