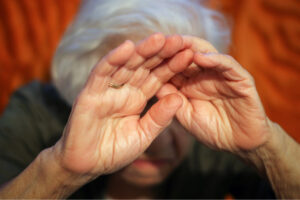 Falls are common kinds of nursing home neglect injuries. Many nursing home residents will fall at least once during their stay. Many of these victims are unable to ever live independently again.

Overpopulation and understaffing may result in falls. Typically, construction crews are often renovating or expanding nursing homes. The facility should have staffers posted to keep residents out of these areas. But these workers often aren’t available at understaffed facilities. Simple negligence, such as the failure to block off an uneven walkway or clean up a wet spot, also cause a number of residents to fall.

Many people are surprised to learn that resident-on-resident assaults are increasingly common at these facilities. Once again, understaffing is often at the root of these issues. A nursing home should deploy staffers in common areas to break up petty arguments between residents before these arguments become violent. Many residents are very frail. So, even a tiny bit of force may cause a serious injury.

Medical issues, such as malnutrition and bedsores, are a problem as well. When we get older, our senses degrade. So, food no longer smells, looks, or tastes good. Therefore, unless a dietician is used to ensure that residents eat, some simply do not eat. Pressure ulcers develop unless staff turns over residents in bed at least once every hour or two. These open sores may quickly get worse and become life-threatening.

Understaffing is also at the root of many abuse injuries. Understaffed environments are pressure-packed environments. Some staffers lash out at residents. Similarly, high turnover rates often cause abuse. New workers are less able to deal with residents, especially if the worker has little or no experience in a nursing home setting. Some examples of nursing home abuse include:

Either abuse and neglect at nursing homes could cause a serious injury. For a free consultation with an experienced Rockford nursing home neglect lawyer, contact Fisk & Monteleone, Ltd at 815-315-0574. We do not charge upfront legal fees in these matters.