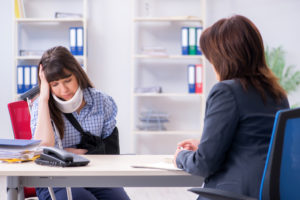 Establishing liability, or legal responsibility for a collision, is the most important component of a car crash claim. But many times, the fight for fair compensation does not end at this point.

Most people are judgement-proof. In many cases, if the tortfeasor (negligent driver) has insufficient insurance coverage, the judgement might as well be a piece of paper. That’s especially true in wrongful death and other catastrophic injury claims.

Unfortunately, Illinois has one of the highest amount of uninsured drivers in the country. Additionally, the Prairie State has one of the lowest auto insurance minimum requirements in the United States. So, there is a good chance a tortfeasor will be uninsured or underinsured.

Fortunately, Illinois also has some of the broadest vicarious liability rules in the country. Many times, the tortfeasor is not the only party responsible for damages. If that’s the case, the victim/plaintiff has an additional source of recovery.

The negligent entrustment theory states owners who allow incompetent drivers to use their vehicles are responsible for damages if the incompetent driver causes a car crash. This doctrine comes up frequently if the tortfeasor was a teenager. People under 18 cannot own property. Friends and relatives also allow other friends and relatives to borrow their vehicles from time-to-time.

To establish negligent entrustment, victim/plaintiffs can use either direct or circumstantial evidence to establish incompetency:

Because of the Graves Amendment, commercial negligent entrustment cases work differently. If the tortfeasor was operating an Enterprise, U-Haul, or other rental vehicle, the owner is not automatically responsible for damages, even if the tortfeasor was incompetent. The victim/plaintiff must introduce additional evidence in these cases.

Restaurants, bars, grocery stores and other commercial alcohol providers may be liable for damages if their impaired patrons cause car crashes. Illinois has one of the broadest dram shop laws in the country. It applies if:

Assume Tom has a glass of wine at a restaurant and some alcohol-spiked punch at a party. If Tom runs a red light on the way home and causes a crash, the restaurant may be liable for damages. It does not matter that Tom had been drinking elsewhere or that alcohol impairment did not directly cause the car crash.

In some cases, social hosts may be liable for damages under the dram shop law as well. That’s especially true if an additional theory, like negligent undertaking, applies as well.

Other employer liability theories, which mostly apply in assault and other intentional tort cases, include negligent hiring and negligent supervision.

Illinois’ broad vicarious liability rules are very important in many car crash cases. For a free consultation with an experienced personal injury lawyer in Rockford, contact Fisk & Monteleone, Ltd. We routinely handle matters in Winnebago County and nearby jurisdictions.