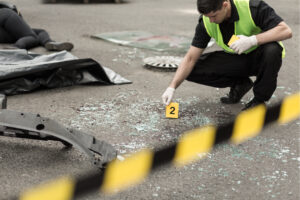 Every year, car wrecks kill or seriously injure millions of Americans. Frequently, the victims who survived these crashes face tens of thousands of dollars in medical bills, not to mention years of pain and suffering.

In the wake of a car crash, insurance adjusters often call constantly, offering financial settlement terms. Many victims are tempted to take these offers and move on with their lives. But there is no way of knowing if the insurance company’s offer is fair.

A Rockford personal injury attorney does more than run interference with the insurance company. An attorney also builds a solid claim for compensation. Every claim is different, but most follow the same general outline, as follows.

Since victim/plaintiffs must establish negligence by a preponderance of the evidence (more likely than not), investigation is often the most critical phase of a car wreck claim. If the claim lacks a solid foundation, it will not hold up in court.

Evidence in car wreck cases usually includes the police accident report, medical bills, witness statements, and the victim’s own testimony. Since the burden of proof is so low, such evidence is often sufficient. However, that’s not always the case.

Additional evidence includes surveillance video footage and a vehicle’s Event Data Recorder. Quite often, a picture really is worth a thousand words. And, EDR evidence is usually quite compelling in court. Computers are never wrong, assuming they are working properly.

Based on the evidence, an attorney then sends a demand letter to the insurance company. This letter demands a sum of money in exchange for a liability waiver. This sum of money includes economic losses, such as property damage and medical bills. Depending on the facts, an attorney also demands compensation for non-economic losses, such as pain and suffering.

It is important to demand an appropriate amount of compensation. Once the victim signs a waiver, the victim loses the right to obtain additional compensation. As one of my law professors said, you only get one trip to the salad bar of justice.

Most claims do not settle at this point. Instead, insurance companies often drag their feet. So, to motivate the insurance company and protect the victim’s legal rights, attorneys must file legal paperwork.

Insurance company lawyers typically file procedural motions, which seek to throw the matter out of court. These motions usually fail, especially if the attorney has done his/her homework and collected evidence.

Once procedural motions are out of the way, discovery usually begins. Discovery usually includes witness depositions and document exchanges. The goal is for both sides to put all their cards on the table, so they can work out a fair settlement.

Assuming both parties negotiate in good faith, mediation is usually successful. In this context, “good faith” means both parties are willing to make compromises to get a deal done.

Connect with an Aggressive Attorney