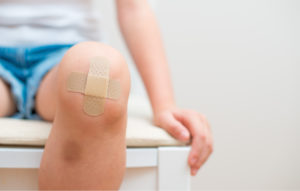 Unintentional injuries, like the ones that occur at many area daycares, are the leading cause of death among children under 19. Such incidents also prompt more than nine million emergency room visits per year. When a child is seriously injured, the entire family suffers. Many times, that suffering lasts a lifetime.

Intentional daycare injuries are a serious issue as well. The number of child welfare responses has increased 10 percent since 2013. These incidents include physical, verbal, sexual and other kinds of abuse. There are probably a great number of other incidents that go unreported, largely because small children fear retaliation from powerful adults.

In both of these situations, the daycare owner is usually responsible for damages. These damages usually include compensation for economic losses such as medical bills, as well as noneconomic losses, such as pain and suffering. A Rockford personal injury attorney may be able to obtain additional punitive damages as well.

Either the people who work at the facilities, or the facilities themselves, may cause unintentional daycare injuries. Legally, owners are responsible for both.

In cases like these, the owner is usually responsible. The respondeat superior rule applies if the tortfeasor (negligent actor):

Children usually have permission to be on the land, so there is usually a legal duty. Additionally, victim/plaintiffs may use either direct or circumstantial evidence to establish actual or constructive knowledge.

Morally, individuals are responsible when they abuse children in any way. But legally, the daycare owner may be responsible for the damages. Two legal theories usually apply:

In all injury cases, victim/plaintiffs must establish negligence by a preponderance of the evidence (more likely than not). If the victim/plaintiff’s case is strong enough, the matter usually settles out of court and on favorable terms.

Daycare owners are generally responsible for injuries that occur on daycare premises or at daycare activities. For a free consultation with an experienced personal injury lawyer in Rockford, contact Fisk & Monteleone, Ltd. Home and hospital visits are available.