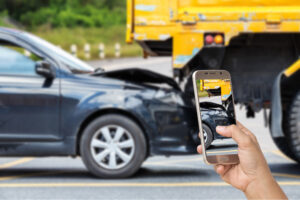 Most of us have probably heard the old saying that a picture is worth a thousand words. This common idiom is usually true in car wreck claims. We are not just talking about still photos of the accident scene, which first responders often use for investigation purposes. At least one traffic, security, or other camera covers almost every stretch of roadway in Rockford. This high-definition video footage is often even more compelling than a still photograph.

A combination of witness statements, the police accident report, and medical bills usually forms the bulk of the evidence in a car wreck claim. Note that the “witness” could be a person or a camera. The rules for authenticating testimony are just a little different. More on that below.

This combination is usually sufficient. But there might be some weaknesses. For example, many medical bills only contain cold, clinical diagnostic, treatment, and related information. Unless jurors understand the full extent of the victim’s pain and suffering, they are unlikely to award maximum compensation.

Non-eyewitnesses often fill this gap. Assume Sarah, Bill’s wife, was not with him when a drunk driver hit him. But she sees the effects of Bill’s injuries every day. For example, he might have difficulty concentrating, and therefore difficulty keeping a job, because of a head injury. Or, he might be unable to carry his children in his arms because of a back injury.

Bill’s Rockford car accident lawyer might not be able to call Sarah to testify during the liability portion of his trial. She wasn’t there, so she cannot say who was at fault. But her testimony is certainly relevant to the amount of damages the jury awards.

Usually, witnesses are self-authenticating. They testify that they were there and this is what they saw. Competency and memory are sometimes an issue. Some witnesses have ties to a party or were not wearing their glasses. Furthermore, the witness must have an independent recollection of an event. S/he cannot simply read an accident summary.

Memory or competency usually isn’t an issue for cameras. But these gadgets cannot talk and say they witnessed an accident. So, the person who recorded the image must testify that the camera was working properly at the time and that the image recorded truthfully and accurately depicts the events which happened at X time.

Insurance company lawyers could attack two potential weak spots in this process. Most cameras are very sophisticated devices that require ongoing maintenance. Furthermore, the person who testifies should, if possible, be the person who took the picture and downloaded or printed the picture. Otherwise, the insurance company could question the chain of custody (e.g. did someone else edit or otherwise alter the image).

Evidence is usually critical in a negligence claim. For a free consultation with an experienced Rockford car accident lawyer, contact Fisk & Monteleone, Ltd. Attorneys can connect victims with doctors, even if they have no insurance or money.