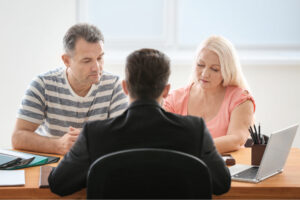 The best reason to get a lawyer when you want to file a personal injury claim is that in these cases the insurance company already has legal representation. And, since these companies earn almost $1.3 trillion a year, they can literally afford the best lawyers money can buy. Despite what TV commercials imply, when injured victims file injury claims, these companies eagerly use any available legal loophole to reduce or deny compensation.

Because the odds are stacked against victims, a victim doesn’t need just any lawyer. Only an experienced personal injury lawyer in Rockford will do. No lawyer can possibly match an insurance company’s resources. But an experienced attorney knows how to maximize compensation and blunt insurance company defenses, so the resource gap doesn’t matter.

There are several legal theories that could support a negligence claim. If you use the wrong one, at best, there could be a costly delay in processing your settlement. At worst, you might lose the right to obtain compensation.

In Illinois, most personal injury claims hinge on the ordinary negligence doctrine or the negligence per se rule. Device distraction driving wrecks illustrate the difference between these two principles.

The Prairie State has a very broad cell phone ban. It’s illegal for most drivers to hold or use such devices while they are behind the wheel. If a motorist was illegally using a cell phone and caused a crash, the motorist could be responsible for damages as a matter of law. That’s the negligence per se rule.

However, it’s legal for most drivers to use Bluetooth or hands-free technology while they operate motor vehicles. Such devices are usually more dangerous than hand-held phones. They are distracting in several different ways. Plus, since they give drivers a false sense of security, these motorists often take dangerously high risks.

Occasionally, a defective product either causes a crash or causes injury. Defective tires and defective airbags are the two biggest culprits. Sudden tire blow-outs cause thousands of serious injuries every year in loss-of-control wrecks which are often catastrophic. And, observers believe that millions of vehicles with defective Takata airbags are still on the road.

Usually, manufacturers are strictly liable for such damages. In addition to compensatory damages, for things like:

Although there are basically no defenses to defective product claims, there are several available defenses in negligence claims. Only an attorney can accurately predict if a defense legally applies and if the available facts support that defense.

Assumption of the risk, a common defense in fall, dog bite, and other premises liability claims is a good illustration. Legally, this defense applies if the victim voluntarily assumed a known risk. “Known risk” is a key element. There’s a big difference between a known risk and a possible or theoretical one. For example, if Sam gets a ride home with a drunk driver, there’s a very good chance he could be injured in a wreck. Nevertheless, he doesn’t know that for certain.

The facts must also support the assumption of the risk defense. Posting a sign like “Caution Wet Floor” or “Beware of Dog” doesn’t automatically immunize landowners. The insurance company must still prove that the victim saw the sign, could read the sign and could understand the sign’s meaning. If the victim was a small child, an older adult, or a person with limited English proficiency, these facts are hard to prove.

Accident victims are usually entitled to substantial compensation. For a free consultation with an experienced Rockford personal injury lawyer, contact Fisk & Monteleone, Ltd by going online or calling 815-315-0574. Attorneys can connect victims with doctors, even if they have no insurance or money.