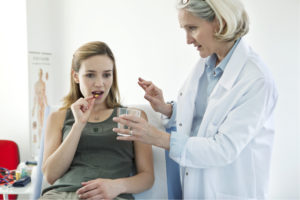 The U.S. Food and Drug Administration has one of the most extensive new product test regimens in the world. On average, it takes 10 years for a pharmaceutical company to bring a new drug to market. This development usually involves several rounds of human trials.

In wrongful death claims, the plaintiff is usually entitled to pecuniary losses. Illinois law broadly defines this term to include funeral and burial costs, future lost wages and future lost emotional support. Furthermore, the Prairie State is one of the few jurisdictions which allow wrongful death plaintiffs to recover “damages for grief, sorrow, and mental suffering, to the surviving spouse and next of kin of such deceased person.” Your Claim for Damages

Generally, manufacturers are strictly liable for the aforementioned damages in drug injury cases. It does not matter whether the FDA has approved the product or not. These defects could be:

Other medical trial claims rest on negligence. Many times, manufacturers rush clinical trials to meet shareholder-imposed deadlines. As a result, these trials may not be as safe and as well-supervised as they should be. If the drug trial’s structure failed to meet industry standards – and that failure substantially caused injury, the company may be legally responsible for damages.

The Assumption of the Risk Defense

Affirmative defenses like this one are separate and apart from negligence and causation. Generally, the drug company must establish assumption of the risk, and any other defenses, by a preponderance of the evidence (more likely than not).

If a drug trial killed one of your loved ones, the drug company may be legally responsible for that death. For a free consultation with an experienced personal injury lawyer in Rockford, contact Fisk & Monteleone, Ltd. Our main office is conveniently located in downtown Rockford across from the federal and state courthouses.