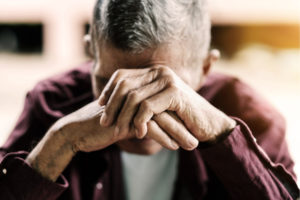 Contrary to popular myth, there is a difference between abuse and neglect. Generally, nursing home abuse is intentional. An individual might not intend to harm the victim, but the act itself was not accidental. On the other hand, neglect is a lack of ordinary care. In this context, that duty of care is usually rather high. Nursing home residents depend entirely on staff for almost everything.

Under staffing, a problem which affects as many as 95 percent of long-term care facilities, is usually the root of nursing home abuse and neglect cases. Understaffed facilities cannot properly supervise and care for all their patients. Under staffing usually puts too much pressure on remaining employees. They must do several jobs at once and the stress often causes eruptions.

In a way, many nursing home residents are child-like. Petty disputes over things like a preferred table at dinner or a spot close to the TV often escalate. And, if there is no staffer there to step in, the conflict becomes violent.

Many nursing home residents spend lots of time alone, either as punishment or because there is no one to watch them. Enforced isolation has a severe adverse emotional effect.

Nursing home caregivers are in a position of trust. Many unscrupulous workers abuse this trust. Some flagrantly steal money or valuables from residents. Others are more subtle. Perhaps they tell a resident their grandson is in jail and needs cash to get out. Other workers trick residents into signing legal documents.

On a related note, institutional financial abuse is an issue as well. Some nursing homes initiate guardianship proceedings so they can gain control of their residents’ financial resources.

If patients turn over in bed every few hours, pressure ulcers are not a problem. Bedsores are also not a problem if staff detects them early enough. But if bedsores are untreated, they quickly become life-threatening. Pressure ulcers are especially a problem in understaffed facilities. Perhaps no one makes rounds or perhaps the staffer assigned is not qualified to detect bedsores.

Elder abuse or neglect victims and their families have legal options. For a free consultation with an experienced Rockford personal injury lawyer, contact Fisk & Monteleone, Ltd. We routinely handle matters in Winnebago County and nearby jurisdictions.