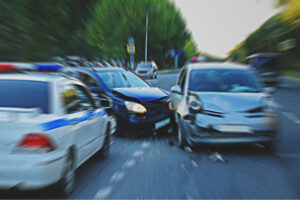 Vehicle collisions kill or seriously injure thousands of people in Ogle County every year. Human error, mostly driver error is behind over 90 percent of car accidents. Typically, this error involves negligence or a lack of care. Most noncommercial drivers have a duty of reasonable care. They must ensure that both they and their vehicles are fit to drive. Once behind the wheel, they must obey the rules of the road and avoid accidents when possible.

Operational errors, such as speeding, also cause many car wrecks in the United States. Speed increases the risk of a wreck and the force of a collision. Other operational mistakes include running a red light and making an illegal turn or lane change.

What Should I Do After a Car Wreck?

These victims should always see a doctor and a car accident lawyer in Ogle County as soon as possible after an accident.

Prompt medical treatment is important for health reasons. Adrenaline often masks pain in these situations. So, many victims don’t know how badly they are hurt. This treatment is also important for legal reasons. If victims don’t immediately see doctors, if the case goes to court, the insurance company might later argue that the victim’s injuries were not very severe.

Many victims have no insurance or money. In these situations, an attorney can connect a victim to a doctor who charges nothing upfront for medical care.

Attorneys are more than facilitators. They also evaluate your accident and determine how much compensation you might be entitled to. Even if an emergency responder or insurance adjuster said you were at fault, the other driver might be legally responsible for damages.

Accident victims are usually entitled to substantial compensation. For a free consultation with an experienced Ogle County car accident lawyer, contact Fisk & Monteleone, Ltd at 815-315-0574. You have a limited amount of time to act.