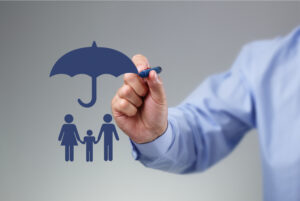 Following a serious car crash or other catastrophic accident, the medical bills alone often exceed $1 million. Illinois has one of the lowest auto insurance minimum requirements in the country, therefore, most insurance policies only cover a fraction of spine injury and other such medical bills.

Homeowners and business insurance policies, which cover injuries like falls and swimming pool drownings, usually have higher policy limits. But in extreme cases, there is normally still a gap.

The extra money must come from somewhere. A paper judgement, in and of itself, means little. Most individuals, and many businesses, are effectively judgement-proof. A Rockford personal injury attorney often looks for umbrella policies to supplement the funds available. Third party liability does the same thing.

Typically, covered individuals can purchase optional umbrella insurance of between $1 and $5 million.

Attorneys usually uncover umbrella policies during a lawsuit’s discovery process. That’s one reason catastrophic injury claims rarely settle quickly. Insurance company paperwork does not always disclose the existence of an umbrella policy. Many people are not entirely forthcoming in this area.

Large truck accidents are a good third-party liability example. These massive vehicles usually carry hundreds of gallons of explosive diesel fuel. Therefore, many victims sustain serious burns, spine injuries, and other catastrophic injuries. That’s especially true if, as is often the case, an accident occurred on an interstate in a semi-rural area. Delayed response time, even if the delay is only a minute or two, could have catastrophic consequences.

The respondeat superior doctrine usually applies in these situations. Shipping companies and other large truck owners are financially responsible for damages if the tortfeasor (negligent driver) was:

Negligent entrustment owner liability comes up frequently as well, especially if the tortfeasor was a teenager. Legally, these individuals cannot own vehicles or other property. The vehicle owner, who is usually a parent or guardian, is legally responsible for damages if the owner knowingly allowed an incompetent operator to use the vehicle.

Evidence of incompetency includes things like no valid drivers’ license, a poor driving record, and driving in violation of a license restriction (e.g. a learners’ permit instead of a full drivers’ license).

Enforcing a judgement is often just as important as obtaining one. For a free consultation with an experienced Rockford personal injury lawyer, contact Fisk & Monteleone, Ltd. Home and hospital visits are available.