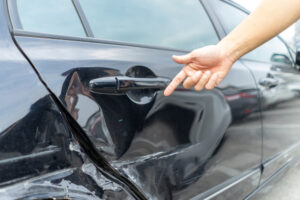 By the numbers, the Prairie State has one of the highest percentages of uninsured drivers in the country. Uninsured motorists are more likely to flee accident scenes than any other driver because they lack insurance. However, fewer than 10 percent of hit-and-run motorists are successfully prosecuted in criminal court. That low figure is mostly due to the high burden of proof in criminal court, which is discussed below.

Mostly because of the lower burden of proof, the resolution rate is much higher in civil court. Additionally, a Rockford personal injury attorney does not represent the state. Instead, your lawyer represents you. So, private attorneys work much harder to close these cases and obtain maximum compensation for victims. This compensation usually includes money for economic losses, such as medical bills, and noneconomic losses, such as pain and suffering.

Usually, all drivers have responsibilities in accidents, whether or not they involve personal injury, and whether or not they are at fault for the wreck. These responsibilities usually include providing basic contact and other information, such as auto insurance information. Additionally, if anyone was hurt, they must render aid if possible, call 9-1-1, wait for emergency responders to arrive, and cooperate fully with them.

A few hit-and-run prosecutions involve technical violations. But nearly all of them involve people who flee accident scenes without fulfilling any of their obligations. A significant number of these people do not even stop.

In court, prosecutors must identify the driver of the vehicle. So, unless a credible witness at the scene got a good look at the car and the driver, investigators often don’t have enough evidence to move forward.

The burden of proof is much lower in civil court. A Rockford personal injury attorney must only establish facts, like the driver’s identity, by a preponderance of the evidence, more likely than not.

Assume a witness at the accident scene said the hit and run driver was operating a light-colored SUV. A few blocks away and a few minutes later, a light-colored SUV appears on traffic camera footage. The camera captures part of the license plate number.

Furthermore, as mentioned above, attorneys are usually much more diligent than prosecutors or police investigators. Attorneys often access additional evidence, such as additional witness statements. For various reasons, many people don’t loiter at accident scenes so they can talk to police officers. However, these people will talk to attorneys or their representatives. Anything the witness saw, however seemingly random it is, could be the critical missing piece of the puzzle.

Accident victims are usually entitled to substantial compensation. For a free consultation with an experienced personal injury attorney in Rockford, contact Fisk & Monteleone, Ltd. by calling 815-315-0574. We do not charge upfront legal fees in these matters.