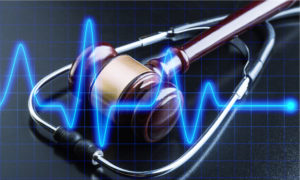 Lack of communication and the medical economy are the two underlying reasons roughly one in five patients are misdiagnosed. This proportion is much higher than many doctors believe it to be, which means they are largely unaware of the misdiagnosis crisis. As outlined below, that’s no excuse for negligence, so substantial compensation is available in these situations.

As for communication, most doctors listen to their patients for less than 10 seconds before they interrupt them. It’s impossible to learn anything meaningful in this brief time. Additionally, many doctors do not perform diagnostic tests. They are afraid the insurance company will not pay for them. As a result, many doctors rely on their instincts. Despite all their training, or perhaps because of it, these instincts are often wrong.

Doctors have a considerable amount of expertise. At the same time, their patients are 100 percent dependent on them for medical care. So, the duty of care is very high in these claims.

Lawyers call this level of responsibility a fiduciary duty. That’s the same responsibility that applies in claims against an attorney, accountant, trustee, or other professional-level position. In contrast, most people, like vehicle operators, only have a duty of reasonable care.

The higher duty makes it easier for Rockford personal injury attorneys to establish negligence in medical malpractice claims. Essentially, when it comes to diagnosis decisions, there is no room for error. Any mistake is legal negligence.

Lack of information often leads to medical misdiagnosis, especially in the following situations:

Some Legal Issues in Rockford

Damages in medical malpractice claims tend to be rather high. In addition to compensatory damages for things like medical bills and pain and suffering, many Winnebago County jurors award substantial punitive damages in these cases. These damages punish the tortfeasor (negligent actor) and deter future wrongdoing.

Sometimes, diagnosis errors do not appear for several years. By that time, the statute of limitations may have expired. Fortunately, the delayed discovery rule usually protects victims in these situations. The statute of limitations clock does not start ticking until the victim discovers the full extent of injury and connects that injury to the tortfeasor’s negligence.

The delayed discovery rule often comes up in related matters as well, such as defective medical device and dangerous drug claims.

Reach Out to Dedicated Attorneys

Misdiagnosis victims may be entitled to substantial compensation. For a free consultation with an experienced personal injury lawyer in Rockford, contact Fisk & Monteleone, Ltd. We do not charge upfront legal fees in negligence cases.