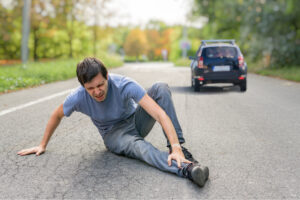 Strictly by the book, the penalty for leaving the scene of an accident in Prairie State is not too harsh. Violators face a maximum of one year in jail. Additionally, if the defendant caused more than $1,000 in damage, or caused a serious injury, the state will suspend the person’s drivers’ license.

However, mostly because hit-and-run is such a serious problem in Illinois, once the case goes to court, prosecutors are very aggressive. Unless the evidence is weak, as outlined below, they usually aren’t willing to make deals.

Criminal court convictions punish hit-and-run drivers, but they do little to help the victims of these accidents. Some negligible compensation might be available through court-ordered restitution.

However, if victims are to obtain fair compensation for all their economic and noneconomic losses, a Rockford car accident lawyer must intervene. Since most Winnebago County jurors intensely dislike hit-and-run drivers, these cases often settle quickly.

In criminal matters, prosecutors must establish guilt beyond any reasonable doubt. So, the state normally needs an overwhelming amount of evidence to obtain a conviction.

If investigators do not close the case right away, they often give up. This is true even if the hit-and-run driver killed someone. Frequently, there are few leads and little physical evidence. So, cash-strapped and short-handed law enforcement investigators often decide to spend their limited resources elsewhere.

Incidentally, even if you were not at fault for the accident, if you leave the scene before emergency responders arrive, you could be charged with a 625 ILCS 5/11-402(a) violation. The same burden of proof applies.

The burden of proof is much lower in civil court. To obtain compensation, victim/plaintiffs must only prove negligence, or a lack of care, by a preponderance of the evidence, or more likely than not. That’s one of the lowest burdens of proof in Illinois law.

This evidence would be almost useless in criminal court. There are thousands of red sedans in Rockford. Additionally, even if the hit-and-run vehicle and the camera vehicle are one and the same, there’s no way to tell who was driving the vehicle.

As a result, a Rockford car accident lawyer could obtain compensation not only for medical bills and property damage, but also for pain and suffering, emotional distress, and other non-economic losses.

Even if a lawyer cannot locate a hit-and-run driver, compensation might still be available. Most people have UM/UIM coverage. Uninsured and Underinsured Motorist policies pay damages if the at-fault driver cannot be located or is uninsured or underinsured. Since most insurance companies want to keep their paying customers happy, these claim disputes usually settle quickly and on victim-friendly terms.

Accident victims are usually entitled to substantial compensation. For a free consultation with an experienced Rockford car accident lawyer, contact Fisk & Monteleone, Ltd or call 815-315-0574. Attorneys can connect victims with doctors, even if they have no insurance or money.